Blog » What Happens the Day After Corona? We have to develop a socioeconomic vaccine – now

What Happens the Day After Corona? We have to develop a socioeconomic vaccine – now

The world is undergoing one of the past century’s most monumental crises.

Many countries have quarantined their people in order to mitigate fatalities, but these measures have simultaneously sentenced most to economic turmoil. Millions of families became unemployed in a matter of days amidst a crisis that is expected to run rampant for 3-9 months.

These days people need hope – they long to grasp on to a sense of optimism.

While the government is responsible for managing today’s crisis, they have an unequivocal responsibility to manage tomorrow’s crisis as well. The decisions that led to families losing income need to be balanced by active steps that reinstate economic
security.

Israel, for example, has hitherto invested 1.1B NIS to pay for a variety of unemployment benefits. However, there have been no moves to equip people with industry-relevant skills that will help them integrate into the economy that emerges from this crisis.

The World’s First Socioeconomic Vaccine for the Corona Crisis

While countries around the world are focused on managing the pandemic, we, at Elevation, have identified an unprecedented opportunity to reskill and upskill people at a national scale, thereby inoculating them against the upcoming economic woes.

The HiTech Nation Must Build Better Bridges to the HiTech Sector

The “Vaccine for the Day After” project, announced by Elevation in Israel, is more than relevant for the rest of the western world: the project will allow citizens to assess where in the 21st-century professions (coding, data, digital marketing, etc.) they fit best, and undergo relevant trainings in live virtual classrooms during the pandemic to prepare them accordingly.

It is in the face of this quarantine that these trainings become most pertinent. By dedicating a few daily hours, individuals can not only occupy themselves by gaining new skills, but – equally important – equip themselves with a sense of optimism.

In the shadow of growing unemployment rates, we have an opportunity to build better bridges that integrate people into the technological growth engine.

With the right cooperation, we can come out of this crisis with a population that is more in sync with modern professions. The government needs to assess avant-garde approaches such as “mandatory training” as a condition to receiving unemployment benefits. In the same spirit, the private sector can predict the types of jobs that will open following the crisis, and specify the types of trainings needed to fulfill these jobs.

With this approach we both reduce the talent gap in the tech sector, and expedite the transition of traditional industries into the 21st century.

What do we do tomorrow morning?

Virtual classrooms are exceptionally flexible. The length of trainings varies between a few weeks to months, depending on the scope, and by the end participants will be able to apply for jobs proffered by the private sector.

The economic shockwave that we are experiencing today is insignificant next to the one that is yet to come. In this state of affairs, the government and private sector must work together to plan for the days ahead. If we do this right, we can develop the world’s first socioeconomic vaccine – and none the sooner. 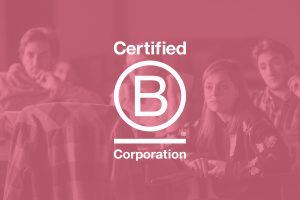 Elevation is now B Corp Certified, ranked among the world’s highest-impact companies. 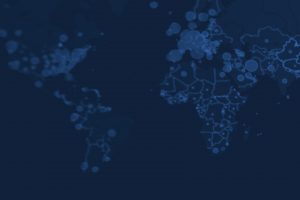 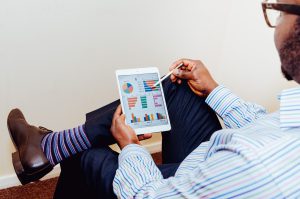 Data literacy as a business strategy

Elevation is now B Corp Certified, ranked among the world’s highest-impact companies.

ranked among the world’s highest-impact companies

Data literacy as a business strategy

The future of the workplace is now, and data literacy at every level of the corporate hierarchy is essential to drive a competitive edge and ensure productive, effective workflows.